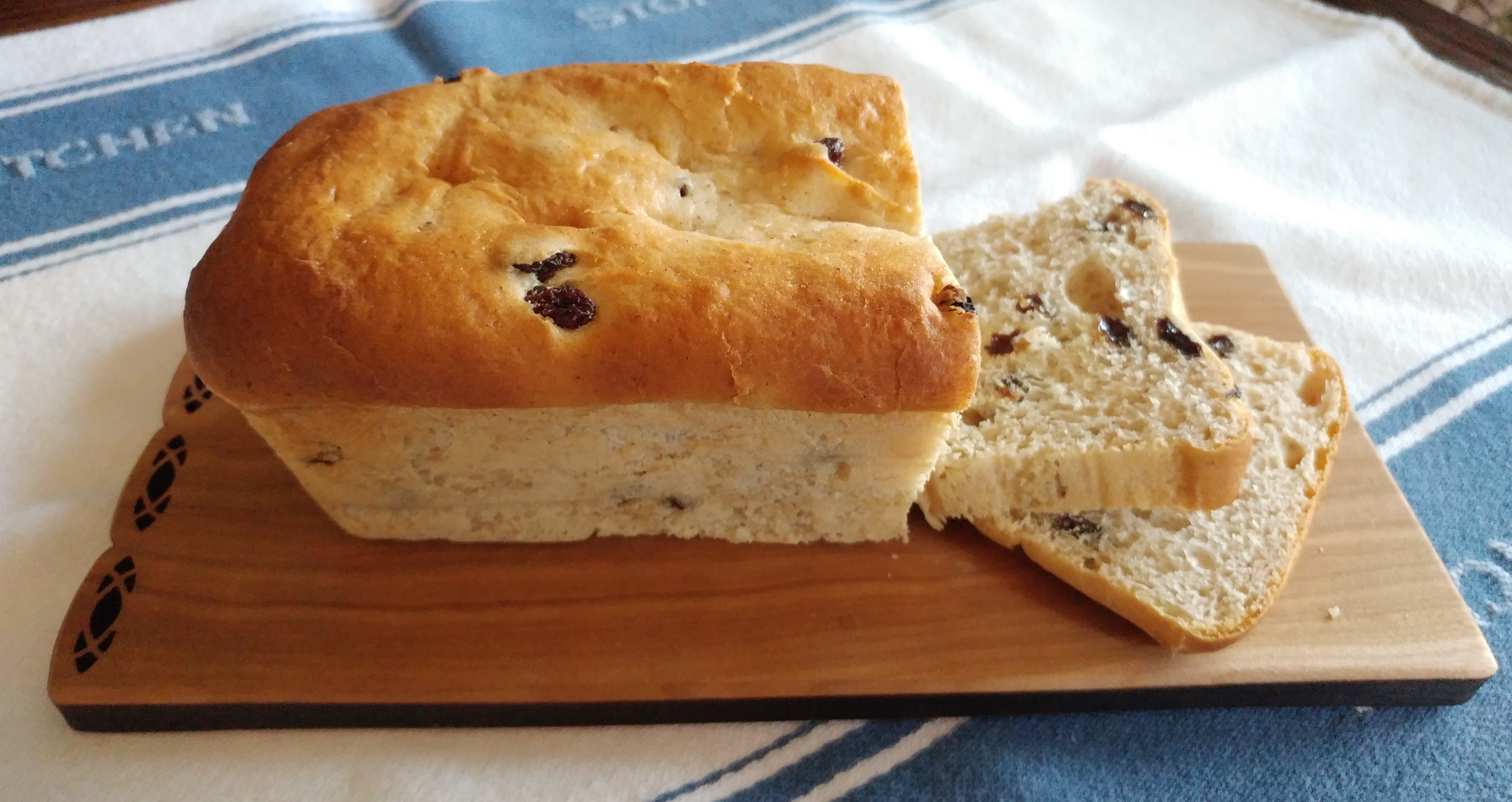 Election cake loaf made with a recipe developed for the Old Farmer’s Almanac based on the one in The American Frugal Housewife.

What special days do you assoicate with special foods? Is Election Day on your list? In some parts of early New England, Election Day was observed with a yeasty cake thought to be an American original.  Sometime after 1829, Margaretta Brown copied a recipe for “Election Cake” in a small oblong journal, one of several family receipt books in Liberty Hall’s archival collection. 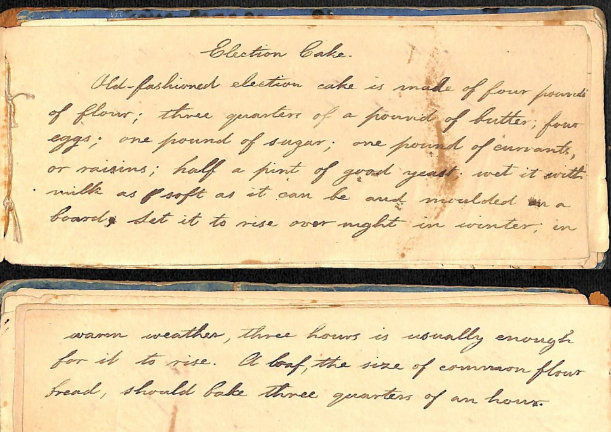 Old-fashioned election cake is made of four pounds of flour; three quarters of a pound of butter; four eggs; one pound of sugar; one pound of currants, or raisins; half a pint of good yeast; wet it with milk as soft as it can be and moulded on a board.  Set it to rise over night in winter; in warm weather, three hours is usually enough for it to rise.  A loaf, the size of common flour bread, should bake three quarters of an hour.

Born in 1802, Lydia Francis had already published two novels when she married lawyer and abolitionist David Lee Child in 1828.  Faced with her husband’s low income and debt, Lydia published The American Frugal Housewife to make money.  Unlike other cookbooks of the era, hers was intended for readers who were poor or “not ashamed of economy.”[i]  Her election cake recipe was plain compared to those that appeared in earlier and later cookbooks.

The exact origin of election cake is uncertain.  It may have first been called “muster cake,” because it was served to men who gathered in New England towns for military training.  But it was associated with elections by 1771, when Ezekiel Williams submitted a bill to the Connecticut General Assembly for the cost of making a cake for the capital’s public festivities.[ii]  In the early 1800s, when Election Day events in Connecticut’s capital became more and more elaborate, the cake became a Hartford tradition.[iii] 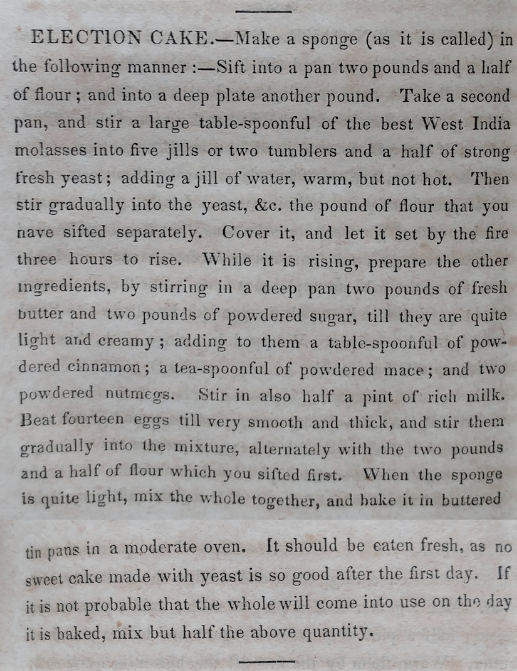 Election cakes continued to appear in American cookbooks during the nineteenth century.  The first known Kentucky cookbook, Lettice Bryan’s Kentucky Housewife (1839), included a recipe that instructed the cook to mix yeast, milk, and flour to “set a sponge” to combine with flour, butter, sugar, eggs, and nutmeg.[vi]  Eliza Leslie published a spicier version in Directions for Cookery (1840), one of the most popular cookbooks in mid-nineteenth-century America.[vii]  Fifty years later, a Massachusetts recipe for “Mother’s Election Cake” appeared in the Woman Suffrage Cook Book (1890).[viii]

Margaretta Brown occasionally mentioned politics in her letters.  But like the first American women—enslaved or free—to make election cakes, she could only imagine having the right to vote.  Perhaps copying the recipe was one way of participating.  In this unusual year when we can vote by mail, in advance, or at the polls on November 3, why not bake an election cake to munch while waiting for the results?

[iii] Mangan, Greg, “When Elections in Hartford Were a Piece of Cake,” on the website of the Connecticut Historical Society.