Holiday History at Liberty Hall: Clues from the Library 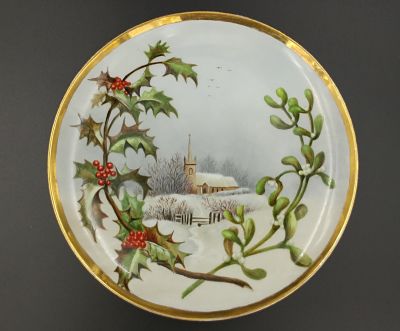 “There never has been a more delightful Christmas” wrote Margaretta Brown to her son Orlando in 1828.  But what exactly did she mean?  She went on to describe warm weather that was expected to last until New Year’s day and she implored Orlando to “be born to the newness of life” through his faith.[i]  What she did not mention was how they celebrated December 25.

In fact there are few references to Christmas in Brown family letters we know of, even later in the nineteenth century. No one wrote about hanging a wreath, trimming a tree, or expecting a visit from Santa.  A plate decorated with a winter scene is one of our only artifacts with a holiday theme. The library at Liberty Hall probably holds the most clues to how the Browns may have observed the winter holidays. 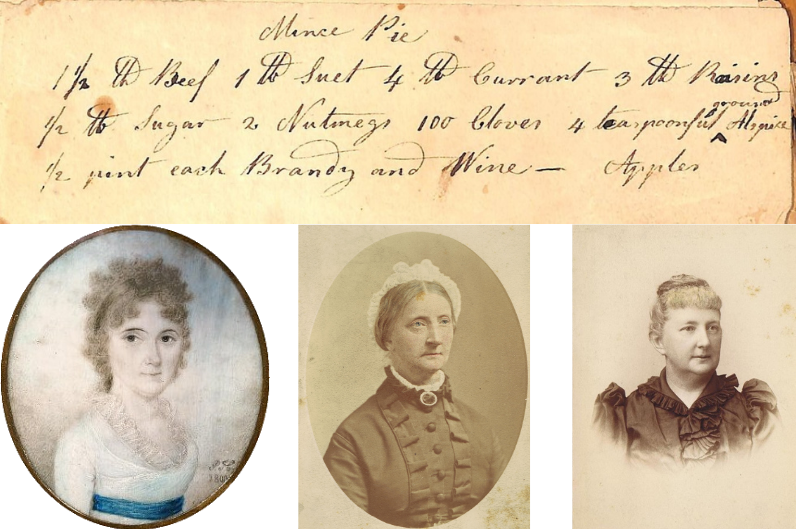 Handwritten and published cookbooks reflect an interest in foods associated with the holidays. Margaretta Brown, her daughter-in-law Mary Yoder, and her granddaughter Mary Yoder Brown Scott copied recipes for mincemeat into their cookbooks. The two Mary’s also recorded directions for making fruitcake and plum pudding.  John and Mary Yoder’s commonplace books include eggnog recipes.  And of course, many of the published cookbooks the Browns owned contained recipes for holiday dishes. 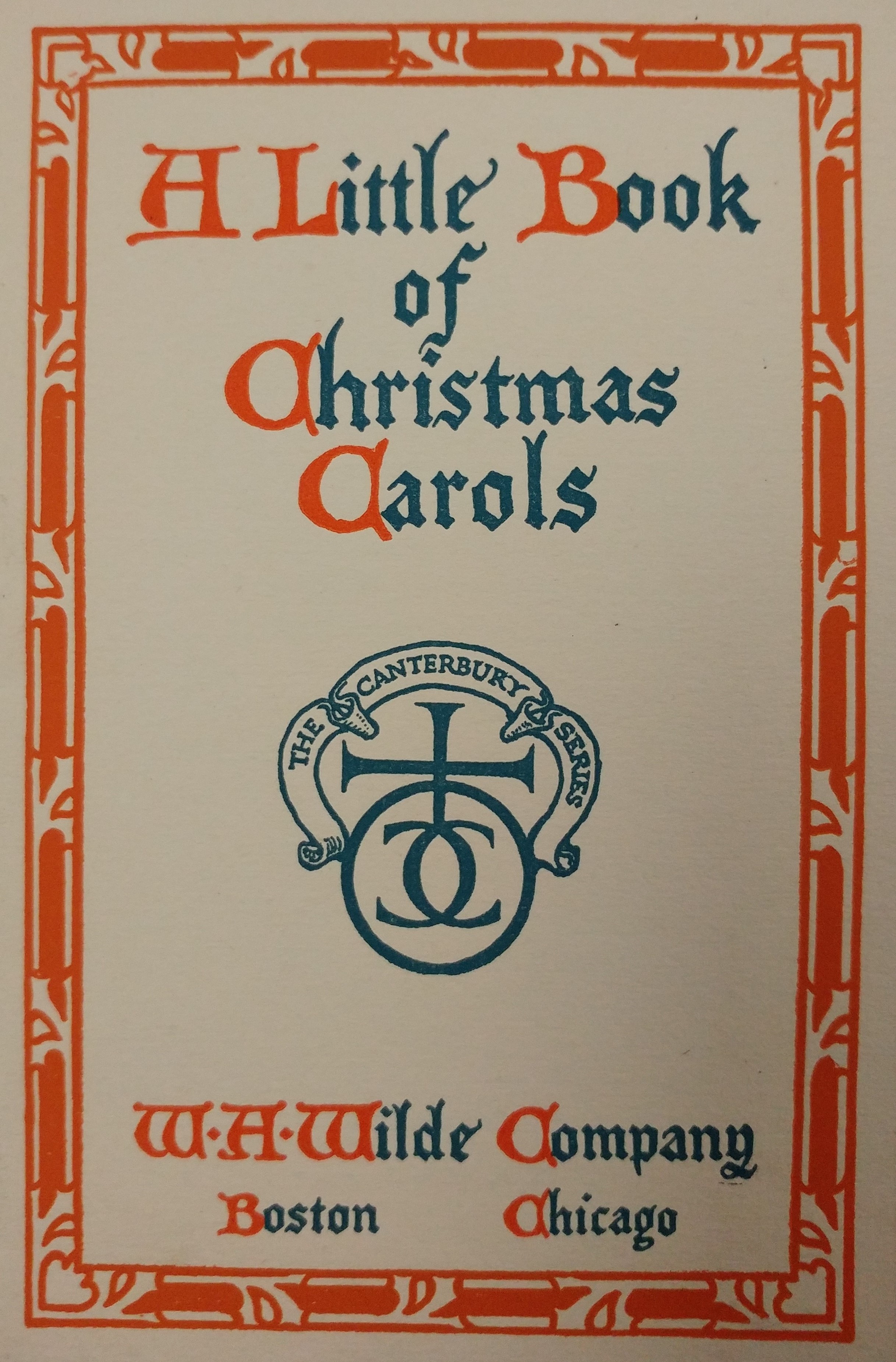 Inscriptions in other books document that some Brown family members—including children—received literary Christmas presents.  Among these are three examples of the annual gift books that began to appear in the 1830s.[iii]  The library also contains editions of three books that introduced some Americans to Dutch and English holiday customs: Washington Irving’s History of New York (1809) and The Sketch Book of Geoffrey Crayon (1819-1820) and Charles Dickens’s A Christmas Carol (1842). 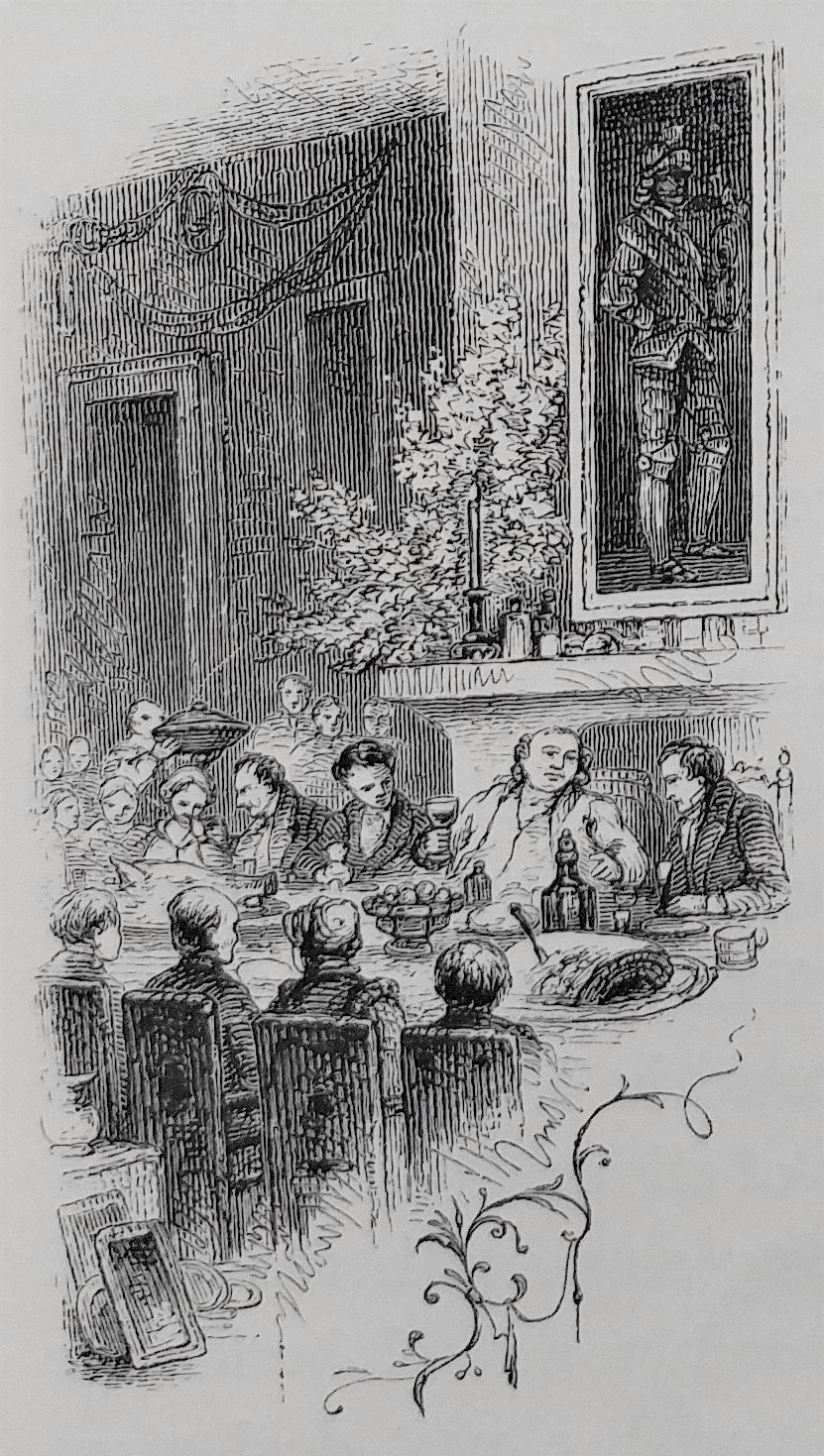 Dickens’s tale of Ebenezer Scrooge is thought to have shaped American attitudes toward Christmas charity.”[iv]  Although she died several years before the publication of A Christmas Carol, Margaretta Brown may have engaged in charitable giving at Christmas.  Her account book documents December donations to the church, the Bible Society, and “charity.”  Entries in 1832 for “Servants - $1.75” and in 1837 for “Stockings for servants - $2.50” may have referred to gifts for the people the Browns enslaved.[v]  Whether the enslaved members of the household were allowed to celebrate Christmas is unknown.

A few family letters mention the holidays.  Writing from Yale University in 1820, Mason Brown described “Christmas frolicks, which lasted one week and were carried on with the greatest glee.”[vi]  Seven years later John Brown was in Louisville handling his late brother Preston’s estate on December 24.  His letter to Preston’s widow Elizabeth closed with, “Accept for yourself & all the family the Compliments of the Season.”[vii]

The earliest known reference to a Brown family Christmas dinner is in a letter Orlando wrote to his son at college in 1856.  Reporting that his family dined with Mason’s, he wrote that “we enjoyed our cheer.”  He continued with a description of the Christmas box being prepared for Orlando Jr.: “biscuits, cakes, pickles, a boiled ham &c . . . you shall have a real Kentucky meal when it arrives.”[viii] 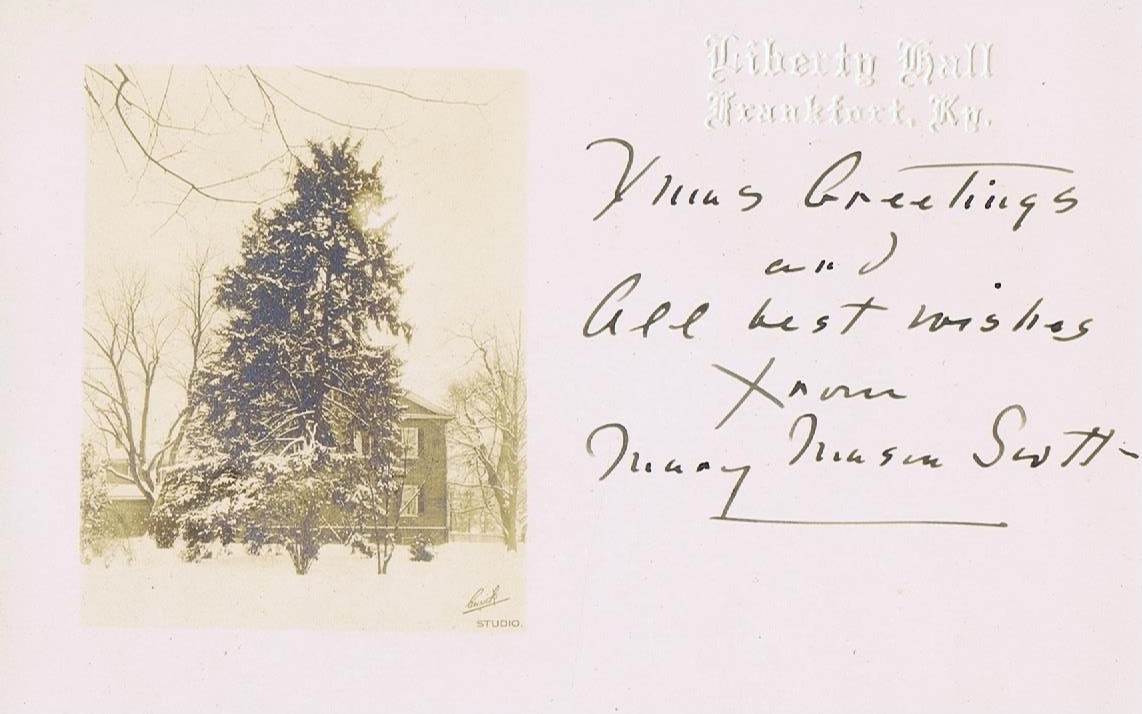 Mary “Mame” Mason Scott, the last Brown family member to live in Liberty Hall, spent her seventeenth Christmas at the Virginia home of her Aunt Eliza Brown Baily.  She wrote to her mother that she was glad to be there but did not describe any holiday activities.[ix]  Years later, most of the December entries in Mame’s diary listed the people to whom she sent “Xmas letters.”  One of the few holiday cards in the LHHS collection is an early twentieth-century photo Mame sent to friends of a snow-covered evergreen on the Liberty Hall lawn.

In these days of commercialized, over-the-top holidays, many people yearn for a simpler way to celebrate.  Evidence in the Liberty Hall library suggests that holidays really were simpler in the past.  So whatever special day you’re observing this season, take a cue from the Brown family.  Write a letter or send a winter photo to a friend, eat some festive comfort food, listen to your favorite seasonal music, and “be born to the newness of life” in 2021.

The Senator John Brown Library and Archives contains thousands of books, photographs, manuscripts, and other archival materials.  There’s always work to be done, so if you would like to support the library with a monetary gift, consider the Adopt a Book program.