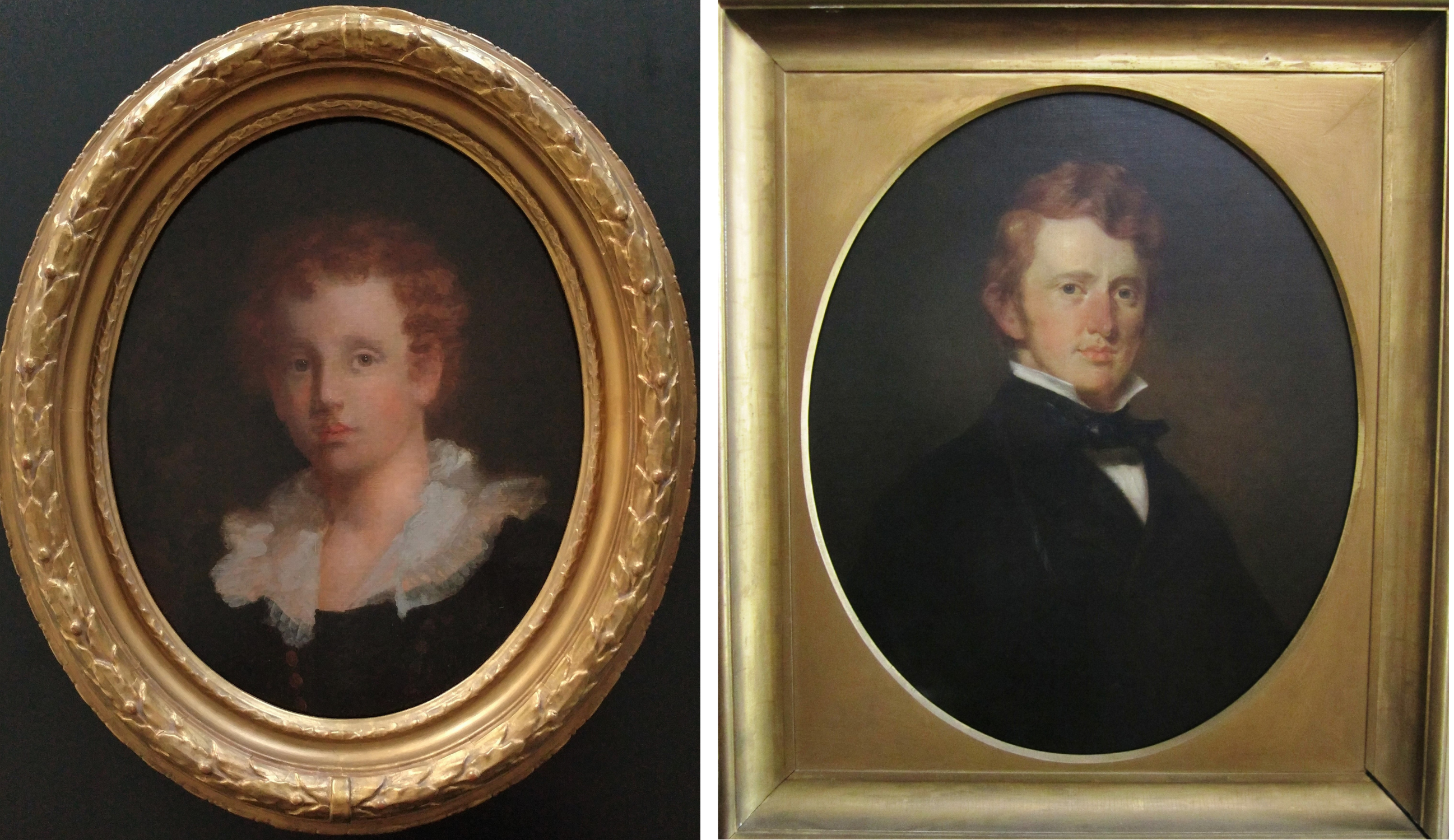 “Called Ben Gratz!!!” exclaimed John Brown on the name of his first grandchild[i]. Benjamin Gratz Brown was the only child of Mason and Judith Ann Bledsoe Brown and therefore the first grandchild of John and Margaretta Brown. Born on May 28, 1826 at the home of his namesake and great-great-uncle, Lexington businessman Benjamin Gratz, the infant would soon take up residence in the heart and home of his paternal grandparents in Frankfort. 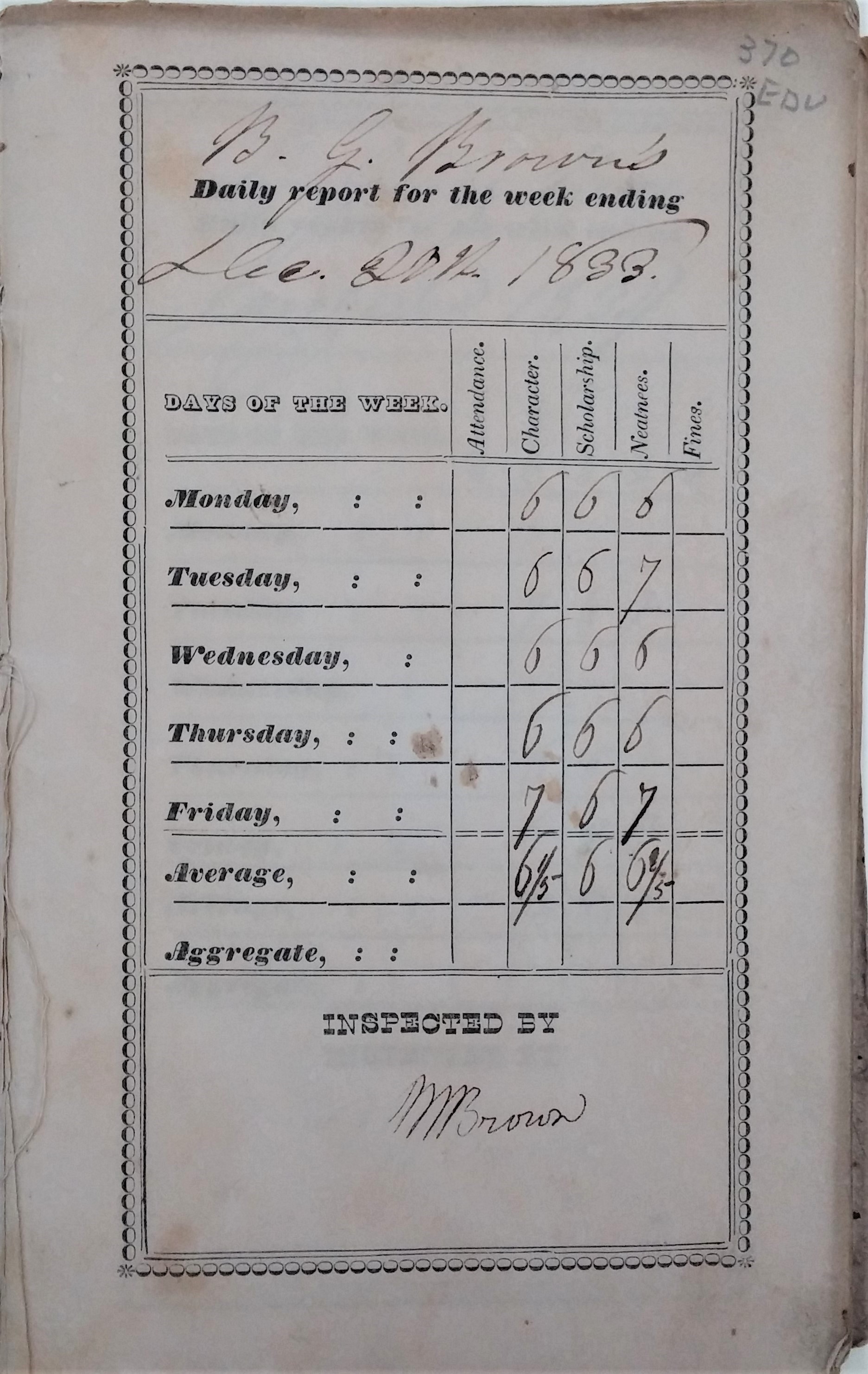 Benjamin Gratz Brown grade book, 1833-1834, Liberty Hall Historic Site CollectionsWhen Gratz was about 18 months old his mother died, leaving his father devastated. Mason soon relinquished the day-to-day care of his son to his mother, Margaretta and sister-in-law, Mary Watts Brown. In addition to watching over his well-being Margaretta was also Gratz’s teacher—at least in 1833. A grade book in the Liberty Hall Historic Site archival collection shows Margaretta giving him a 6 1/5 average rating on his character and a 6 on his scholarship abilities.

The Brown family chronicled Gratz’s development in letters to various family members. “Little Gratz has been ill, in consequence of cutting one, or more teeth, but is now better”[ii] “Gratz is confined with the measles.”[iii] When asked by his grandmother Brown how he should be remembered to a cousin, he replied, “tell her I have quit all my badness—I have locked it all up in the smoke house.”[iv]

As he grew older, the letters detailed activities that could describe little boys of any generation. “Tell Gratz that I have not seen a single flea since I left home, the consequence, I suppose, of having met with no house dogs, nor kept company with any little folks who frequented the stable lot.”[v]

“Two weeks ago, [Gratz] fell from an Apple tree, upwards of twenty feet—broke his right thigh and received a wound of more than an inch in length, under his chin, which penetrated his tongue. . .   He lies on a lounge in my room . . . but bears his misfortune heroically.”[vi]

After his father remarried, Gratz split his time between his grandparents’ house, Liberty Hall, and the home of his uncle, Orlando, located just hundreds of feet away. It appears that Mason was often absent from Gratz’s life and Orlando became an adviser and confidante to the boy.  Living within proximity to his grandfather John Brown, a former U.S. Senator, his father, a lawyer, judge, and former Secretary of State, and his uncle Orlando a lawyer, editor of the local newspaper, and holder of state and national political positions, it is no wonder that Gratz decided on a career in public service.

The maternal side of Gratz’s family should not be overlooked in their influence on the young boy. His grandfather, Jesse Bledsoe, was Kentucky Secretary of State (1808-1812), U.S. senator from Kentucky (1813-1814), and a Kentucky state senator (1817-1820). While attending Transylvania University in Lexington in the early 1840s, Gratz lived with his uncle Benjamin, his five sons, and Gratz’s cousin Frank Blair as well as many female relatives. The Gratz family, some of whom were devoted supporters of Henry Clay, was divided in their thoughts on the then-current issue of unionism and secession. One son would join the U.S army and die fighting for the Union. Another son was an ardent Confederate supporter. Benjamin Gratz’s first wife described herself as “a violent Clay woman.”[vii] 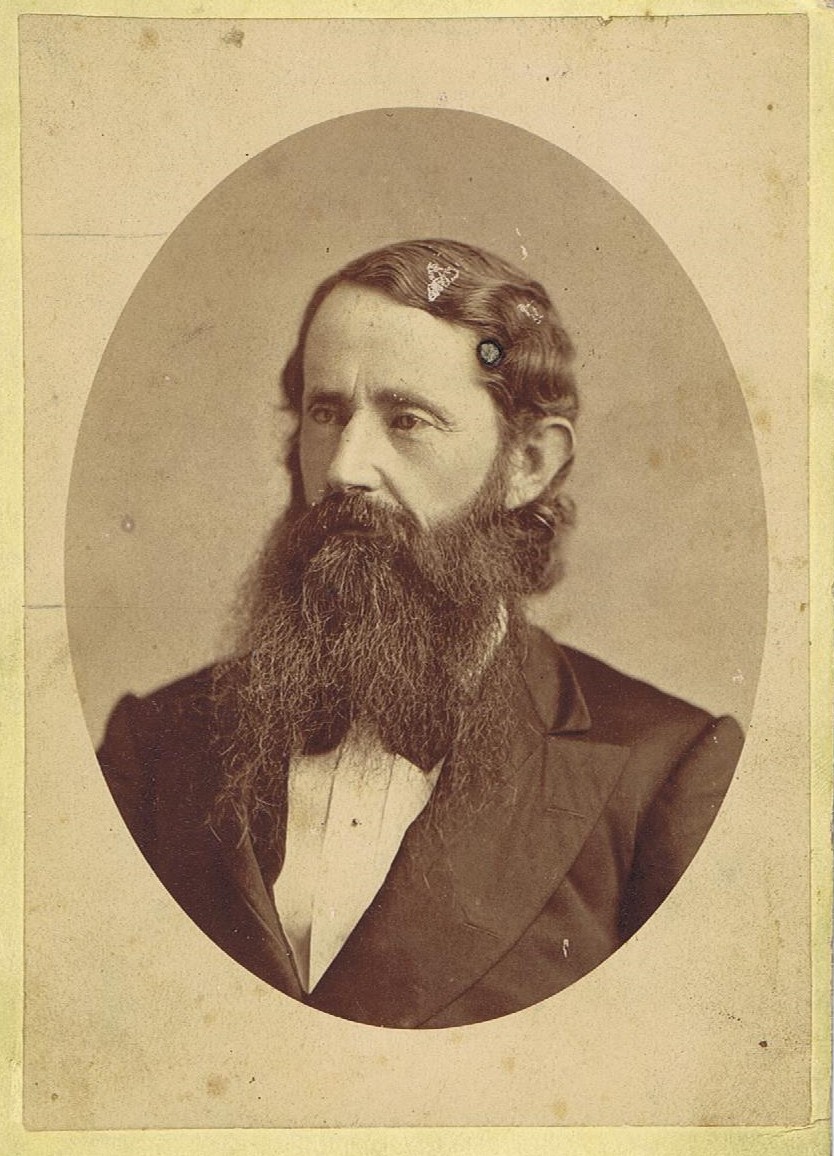 Raised in a home where politics was discussed daily and written about in local newspapers and exposed to the influences of Benjamin Gratz and his family, it is obvious why Gratz Brown asked his uncle Orlando what course of education would be “best suited to the wants of one whose ambition points to statesmanship?”[viii]

After attending Transylvania University and Yale, Gratz clerked for his father before entering Louisville Law School. Shortly after finishing his legal studies, Gratz moved to Missouri where he joined the law firm of his cousins Frank and Montgomery Blair. When he arrived in St. Louis, he was “a Clay Whig, a firm Unionist, and a moderate emancipationist.”[ix]

Gratz became involved in politics soon after moving to Missouri. He was elected to the state legislature serving from 1852 to 1858. In 1854 he became the editor in chief of the Missouri Democrat, where he expressed his support for the Free Soil Party whose platform was “that free men on free soil was better for a strong economy.”[x]

At the beginning of Gratz’s political career, the country was consumed with the discussion of slavery and its expansion. Coming from a family of slaveholders, Gratz had an intimate knowledge of the institution. As time went on Gratz’s position on slavery changed. At first he was opposed to slavery for economic reasons not moral ones. He saw enslaved workers as competitors to white laborers. If the Black workers were freed and removed from the state, white men would have access to more jobs and thus contribute more to the economy.[xi] By 1864 he was an abolitionist declaring that all courts should recognize the rights and freedoms of the enslaved and that “all persons shall be held to be born free.”[xii] 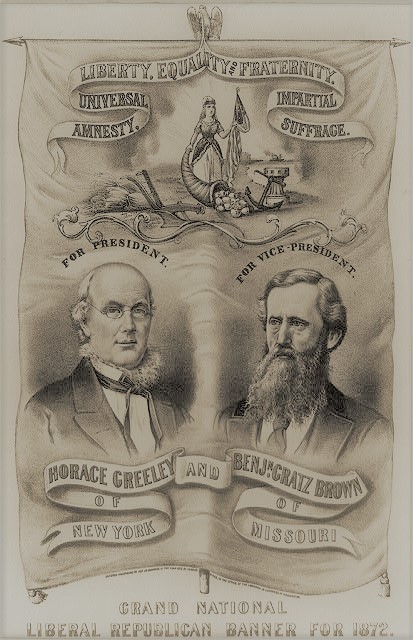 Lithographic print for presidential campaign of Horace Greely and Benjamin Gratz Brown, 1872, Liberty Hall Historic Site CollectionsBy the late 1860s and early 1870s, Gratz was advocating for universal suffrage. In addressing a suffrage bill in the District of Columbia, Gratz said “I am willing to express an opinion very freely on the subject…I stand for Universal Suffrage, and as a matter of fundamental principle do not recognize the right of society to limit it on any grounds of race, color or sex.”[xiii]

The fluctuating political beliefs of Gratz Brown are too complex to go into here, but he had many platforms upon which he could declare his opinions. During his political career he was an U.S. senator from Missouri (1863-1867), governor of Missouri (1871-1873), and vice-presidential candidate (along with presidential candidate Horace Greeley) in the election of 1872. He changed political parties six times as his thoughts on slavery, secession, voters’ rights and the needs of Missouri evolved. As author Norma Peterson says in her political biography of Gratz, “His career holds significance because it exemplifies the baffling quality of the problems faced by all public men in that period of chaotic and shifting political alignments.”[xiv]