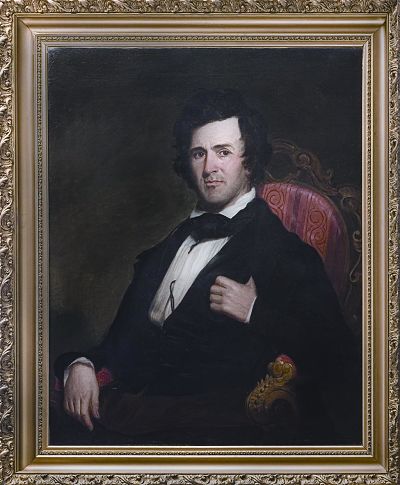 Portrait of Orlando Brown by Louis Morgan, oil on canvas, ca. 1840. LHHS Collections.Orlando Brown (1801-1867) was the second son of John Brown.  In 1830 he married his first cousin Mary Watts Brown. They lived in the Greek Revival home that Senator Brown built for Orlando in 1835. Mary and Orlando had five children together.  Three of those children lived to adulthood, Euphemia, Mason Preston and Orlando Jr. Mary Watts Brown’s health suffered after a stillbirth and she died in 1841. After eleven years, Orlando married Mary Cordelia Brodhead in 1852, the couple had no children together.