This is the second in a multi-part blog about the enslaved Stepney family that lived and worked at Liberty Hall. These biographies are based on the continuing research of the LHHS staff. Brown family letters and documents gave us hints about the Stepneys. Public resources like wills, city directories, census, and tax records filled in some of the details.

The first enslaved Black people came to Kentucky with the early European explorers in the mid-1700s. Protected by the 1792 state constitution, slavery continued to grow until by 1860 24% of the population was enslaved.[i] Although most Kentuckians did not own slaves there were over 225,000 enslaved African Americans in 1860, the largest number in the state’s history.[ii] 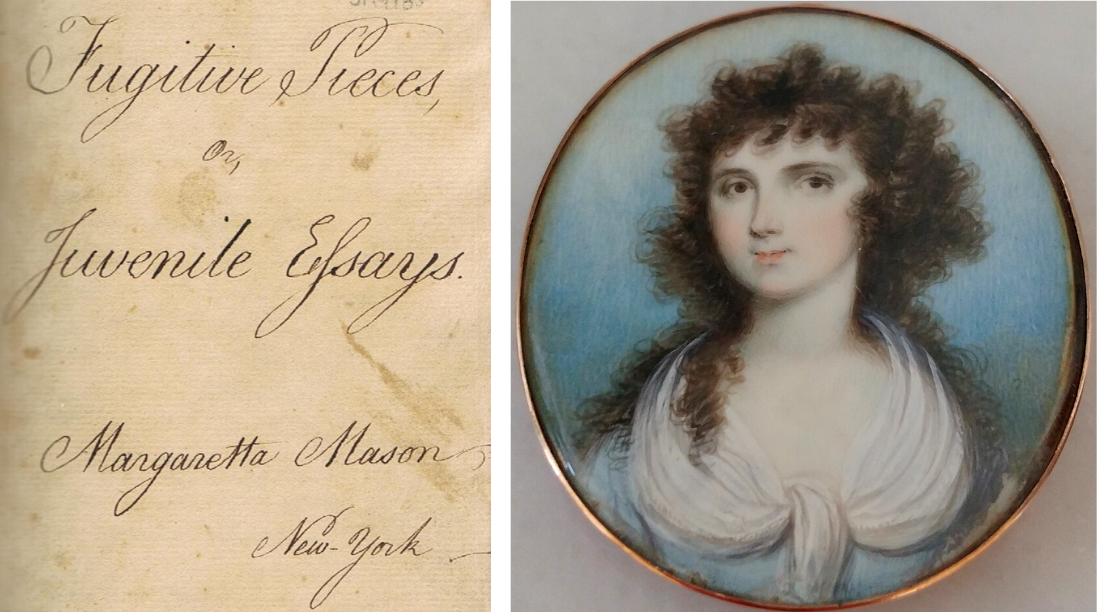 One of my favorite items in the collection is a commonplace book owned by Margaretta Mason Brown (1772-1838).  The book contains 52 poems.  Margaretta wrote many of the poems in the book, but she also copied some of them from magazines and newspapers.  They are arranged chronologically, and she titled the book “Fugitive Pieces, or, Juvenile Essays.” Margaretta began writing and copying poems into the book in 1785, when she was just 13 years old and lived in New York City. The last poem in the book is dated 1807.

Oh What Responsibility Rests Upon Me! Margaretta Brown and the Frankfort Sabbath School for Girls

In a shady corner of the Liberty Hall garden, there’s a stone bench with an inscription on the seat. Its age makes it hard to read, but the words represent an important aspect of the life of Margaretta Brown.

Read more: Oh What Responsibility Rests Upon Me! Margaretta Brown and the Frankfort Sabbath School for Girls

If you’ve visited Liberty Hall and the Orlando Brown House, you may recall the paintings that hang on their walls of these two houses. The Kentucky artists exhibited at Liberty Hall Historic Site include Oliver Frazer, Matthew Harris Jouett, and Paul Sawyier. However, one Kentucky artist represented in the collection stands out with because of his friendship with the Brown Family: Robert Burns Wilson.

May 6th is National Tourist Appreciation Day. Liberty Hall Historic Site (LHHS) is a favorite stop for folks who visit Frankfort and we are grateful for every one of them. In these days of non-travel, I thought I would share a story of Brown family members being tourists. Although travel is quite a bit different now than in the early 20th century, the experiences of tourists are universal.

Plates. Liberty Hall Historic Site has a lot of them. I know this because I’ve been doing an inventory of the museum’s collection. Some of the more interesting ones (if plates can be interesting!) are a series of nineteen hand-painted plates dating to the 1880s. The designs are floral scenes and they are all painted on Haviland and Co. Limoges porcelain from France.  Some are signed by Brown family women.